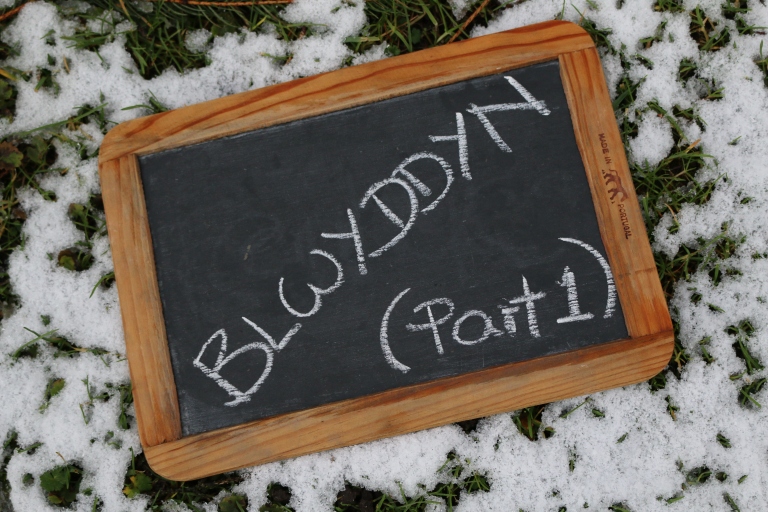 Have you ever had the Blwyddyn Blues????

With only a few weeks into the new year ( y flwyddyn newydd) and all the good wishes for a Blwyddyn Newydd Dda  still echoing in our ears, we may as well take a closer look at the word blwyddyn. Blwyddyn is without doubt one of the most complicated words in Welsh. In fact it’s one of those potentially evil bits of vocabulary that drive every Welsh learner mad. EVERY. SINGLE. ONE. It’s not just you. We’ve ALL had our fair share of the Blwyddyn Blues!

Let’s look the enemy straight in the eye  and see what we know about blwyddyn. Since I promised you “easy-to-digest bits and pieces of grammar” the last time, we’ll do this in two parts, iawn? So this is “Blwyddyn Blues, Part I”.

Eleni, y llynedd, y flwyddyn nesa(f) and bob blwyddyn either belong right at the end of a sentence or – when you want to stress them – up front.

It makes sense to practise these expressions alongside the respective present, past and future tense. Holidays are the ideal topic for this: Where are you going on holiday this year? Where did you go last year? And where will you go next year?????

Mi fydda’ i’n mynd i Gymru y flwyddyn nesa’. = I will go to Wales next year.

Here’s a variation, devised by a husband  who was learning Welsh together with his wife:

When his wife – who was sitting next to him – hit him over the head with her geiriadur, he deliberately changed his last sentence to:

Y flwyddyn nesa’ bydda i wedi marw. – Next year I will be dead.

No worries. They are still alive, both of them, and still happily married.

Iawn. We’ll leave it at that for today and carry on with “Blwyddyn Blues, Part II” some other time.

i Gymru – to Wales